Recent racy posts in my seamy underblog are drawing concerned mail from the erudite Oxford researchers who read me patiently, hoping one day I will say something about memes, so today I’ll slip back into the usual chronicling of my effete lifestyle rather than focus on cautionary tales involving bankrolls and body parts. 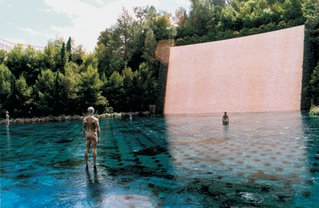 Two local uberbabes who had been wanting to treat me to dinner took me to SW Steakhouse at the Wynn. They were a little miffed because, although they were good customers of the casino and had reservations, management had treated them to a healthy serving of the new cruelty until I showed up, at which point the staff jumped to attention, rearranged the seating chart, put us in the best table in the house, and asked if there was anything else I needed Mr. Gladstone. I tried to get the ubers to sit facing the Lake of Dreams show but they preferred to let me have the view so they could people-watch. The frog was broken anyway. We went with cocktails as the ubers were not big drinkers and I was fighting off a cold and didn’t need the histamines.

I still had some hated shopping to do at the Wynn so I just went into the company store and bought the same kind of mattress and bedding they had in the rooms to replace the bed in my guest room that my ex-wife took when she moved out. Later I thought it might be a mistake to have the guest bed be that comfortable. It could encourage long stays by relatives.

Harrah’s, known by some as the “evil empire” because of the mathematical precision with which they extract the maximum value from gamblers while returning the minimum in comps, agreed to be bought out yesterday. The deal should take a year to consummate. Gamblers are hoping the acquiring firms will split up Harrah’s to increase competition among casinos and, like the French response to the post-WWII plan to divide Germany in two, hope they will consider the idea of many smaller pieces. Whatever they do, I hope I still get to use the new Qua baths and spa at Caesars Palace. I’m becoming addicted to the tea sommelier.

Just to let you know my new book, "A Healthy Serving of the New Cruelty" goes on sale at bookstores nationwide January 2.