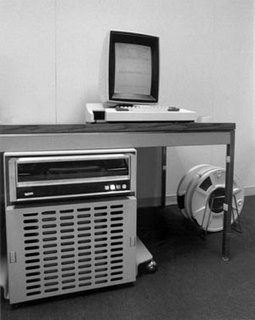 Although his name is not a household one like Bill Gates, my former boss at Microsoft Charles Simonyi is one of the legends of Microsoft culture. I worked under him at Xerox in the late ‘70s until they completely fumbled the ball on office productivity software: by 1980 we had the world’s first personal computer—the Alto—with Ethernet, GUI word-processing (Bravo) and email (Laurel) software, laser printers, and bitmap displays. OK, the laser printers took up a room and cost $100k, but still… Xerox had the mindset that what we had accomplished was simply prototyping. They hired 200 new people and designed new hardware and software from the ground up to attempt to productize what we had done. The result was the ill-fated Star. It took five minutes to boot and couldn’t output a document longer than a few pages.

We bought one at Microsoft and kept it in the office next to Bill’s, just as a reminder. 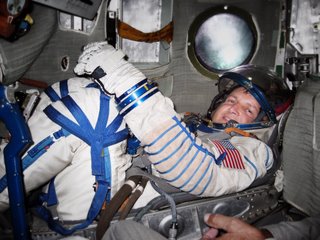 Charles, who has always loved aviation and is licensed to fly jets and helicopters, is currently in training to be the next space tourist. He’s bivouacked in the formerly super-secret Star City, built in the woods outside of Moscow in the ‘60s to train Cosmonauts, and if all goes well will blast off in April on Soyuz TMA-10 to the International Space Station.

It’s hard to overstate the leadership Charles gave to the newly formed applications division at Microsoft in the early ’80. If you looked up “hard core” in the dictionary, you wouldn’t be surprised to find Charles’s picture. One time Charles yelled at the manager of the McDonalds across the street from the newly developed Bellevue Square, one of the nation’s ritziest shopping malls, for his unusual decision to cook all burgers to order rather than leaving them in a heating rack for up to 10 minutes: “Come on! We have to get back to work! If I want to wait for my food, I go to Benjamin’s!” Benjamin’s was the fanciest restaurant in Bellevue, where every Sunday Charles sat at the chef’s counter and ate the brunch buffet before heading in to work. 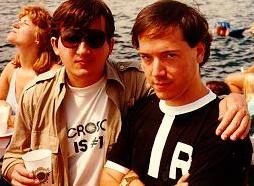 Charles became an American citizen during our tenure at Microsoft, and was very proud of it. He was always working on his English pronunciation which, although good, bore noticeable traces of his Hungarian upbringing. One day he was walking around saying what sounded to me like “wuddum fuddum.” In response to my quizzical look, he explained it was an exercise in vowel sounds. He was saying “worm farm.” I said I supposed the exercise in consonant sounds was next. He liked to say “artificial” with the stress on “TIF.” I gently corrected him a few times, which he genuinely appreciated, but I’m not sure it took hold. The impish Doug Klunder, wizard behind Multiplan and Excel, once pulled a cruel prank on Charles. When Charles said he thought a certain decision was a bit “cavalier,” Doug stared him angrily in the face. “It’s pronounced 'ca-VAHL-yay,' Charles,” and Doug turned on his heel and slammed himself in his office, leaving Charles puzzling. “No. Really? Ca-VAHL-yay?”

I have no idea how much Charles is paying for the privilege of doing something only a few others have ever done, but I do know Space Adventures wants over $100k just for a sub-orbital flight (American Express is forever offering me charming bargains like this). These guys know how to charge. If you’d like to go to Russia and watch Charles make history, they offer a VIP four-night tour. You’re on your own getting to Moscow, but once you land there, they take care of your hotel and the round trip to the launch site in Kazakhstan for the nominal fee of $15,595. Coach.
Posted by Richard Brodie at 2:47 PM

Going rate on a Soyuz trip seems to be about 20 million these days. That's what Shuttleworth and Olsen paid.


btw, why are cookies required to see the verification image?