Create your own security question and answer

Q: Can you ever forgive this presumptuous intrusion into your personal affairs?
A: Oh, I suppose so, but don't let it happen again.

Make your own!
Posted by Richard Brodie at 8:21 AM 0 comments

Although I don't play many tournaments any more, these reenactments of pet peeves at the poker table had me lolling. There's even a surprise appearance by Allen "Chainsaw" Kessler, perhaps the greatest natural comic in the poker world. 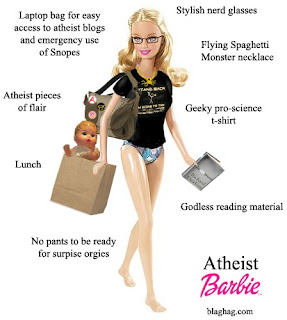 Posted by Richard Brodie at 8:37 AM 0 comments

Math is hard even for the TSA

A friend just had a nip of Hennessey Cognac confiscated by the TSA in Chicago. They said anything over 70% alcohol was flammable and therefore hazardous. Hennessey is 80 proof, and therefore 40% alcohol. 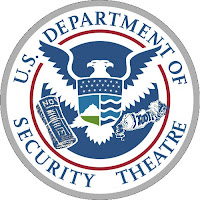 The word "proof" comes from the 18th Century, when liquor was tested to see if it had been watered down by mixing it with gunpowder and seeing if it would ignite. That only works if the booze is at least 57% alcohol. The fact that the gunpowder ignites when the liquor is 100 proof or more is the proof. In the US this was simplified to 50-50, probably by the same government officials who legislated pi equal to 3.

My friend argued with as many as five TSA officers but to no avail. Rather than miss his flight, he abandoned the minibar plunder to the innumerates.

A few years before, I was checking a heavy bag at the Alaska Airlines counter in Las Vegas. A young ticket agent I hadn't seen before asked me what was in the bag to make it so heavy. I said there were a few bottles of wine. She asked how many. I asked if there was some kind of restriction, as I had never heard of such a thing.

She said, "You can't check anything with 70% alcohol, so if you have five or more bottles of wine that adds up to more than 70%."

"I'm not sure math works that way," I said. "You don't add the percentages in different bottles to get a higher percentage. It's all still the same percentage."

I assured her there were fewer than five bottles of wine.
Posted by Richard Brodie at 7:28 AM 2 comments 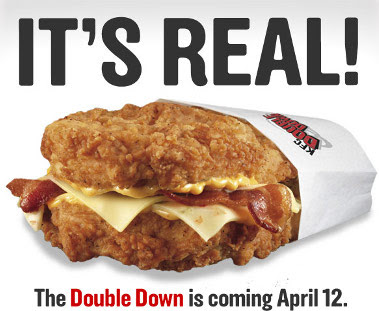 To listen to the stock market's marathon fiddle sonata, you might not think the economy was burning. But the ability to create your own reality by positive thinking ends where the brick wall begins and like the casinos in Vegas, high-end retailers are feeling the pain. People can't use their vanished home equity as an ATM any more, and so the dozens of boutiques that sprung up in way too many locations before the real-estate house of cards tumbled need to find a way to liquidate their product.

Since discovering Filene's Basement in my youth in Boston, I've loved finding bargains on high-end stuff. Rue La La, an invitation-only (your invitation is here and earns me $10, thank you viral marketing) boutique liquidator, uses an interesting version of the window of opportunity meme. Every day they open a few collections for deep bargains, but the opportunity only lasts three days. They even have a clock ticking in front of each virtual storefront to underscore the urgency.

Today there are several high-end clothiers I've never heard of, a sports equipment company, Mario Batali cookware, a spa, and even a Napa Valley winery. Mmm...just picked up a trio of 2006 Rubicon Captain's Reserve for $59.

It's definitely a buyer's market right now, and soon many of these retailers will shut their doors or reinvent themselves more in line with Wal-Mart. But for the time being, I'm getting in on the bargains.
Posted by Richard Brodie at 9:48 AM 0 comments

How To Train Your Dragon

Sometimes I'm asked what the most important invention in human history is. Before I moved to Seattle I used to answer air conditioning, but antibiotics are right up there and I'm also fond of the Internet. When I was a kid I used to do stop-frame animation with my Super-8 camera, so it's fun to see animation technology keep advancing as we creep closer, ever closer, to the era of the home holodeck.

How To Train Your Dragon, seen in 3D at Gold Class Cinema, gets pretty damn close. A coming-of-age story about a scrawny freckled intellectual boy in a land of burly Vikings (who for some reason speak with Scottish accents), its 3D effects seem natural and lifelike and enhance, rather than distract, from the movie's charming message: instead of making war against those we don't understand, we can live together in harmony and enslave them.