Interview with a vampire

He wasn’t sporting a three-day growth of beard because it was trendy, even for thirty-something guys in . He just hadn’t shaved. 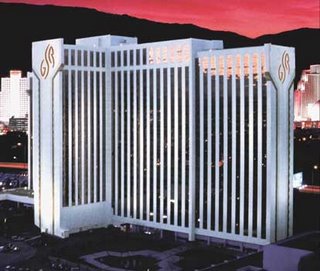 He was sitting at the video-poker machine at the end of the row at the Grand Sierra Resort in , formerly the Reno Hilton, formerly the MGM Grand. He was waiting to be paid for a jackpot when I hit one myself. His face fell. He looked at the five figures flashing on my screen like the captain of the high-school chess team looks at the head cheerleader: it was something he wanted but something he would never get. “You come here a lot?” he asked. Sometimes, I said. I asked his name and, casting his eyes quickly around the room like a kid about to steal a Snickers bar from the candy rack at the drug store, he hesitated and told me.

I asked him if he lived in . “Near here,” he said. “How about you?” I told him . “My girlfriend – wife, actually – is from ,” he said. “You must get a lot of tax forms playing that big.” I told him yeah, I did. He said, “I do this for a living. I keep all my money in silver. I haven’t filed a tax return for 10 years. You don’t have to file a return. As long as you don’t, they can’t do anything to you.” I said I expected they could throw you in prison. He looked like I’d just dinged the door on his newly restored 1960 Chevy. “No, the income tax is unconstitutional. The Supreme Court ruled that.”

I nodded. “Good luck to you, sir,” I said. Then I asked him if he showed an ID when they gave him one of these tax forms. He said yes. “Does it have your address on it?” It’s a mailbox, he said. “Then the mailbox company has your real address,” I said. “Well, they did at one time,” he said. He had moved around a lot. “Aren’t you worried they’ll show up at your mailbox one day and cart you off to prison?”

“What are they gonna do?” he said. “Stake it out for two weeks?

“Maybe,” I said. “If they want you bad enough.” They came with the money and the tax form, which I signed hurriedly like you signed your monthly rent check. He asked if I was married. “Used to be,” I said.

I told him I was going to have to put this in my seamy underblog but given the circumstances I wouldn’t use his real name. “I’ll call you Marty,” I said.

“I’ll call you Marty.” I started playing again and he showed no signs of leaving. “So how’d you meet this 18-year-old, Marty? On the Internet?” He said yeah. “Chat room? ‘Middle-aged guys seek teenage girls who like daddy types’?” His eyes widened like I’d given him a good lead he hadn’t thought of. 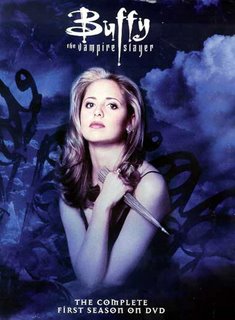 “It was actually on a site called VampireFreaks.com,” Marty said. I whipped out my notepad and started scribbling. I wanted to remember this nightmare when I woke up.

“Is that a good place to meet 18-year-old girls?” I asked. He shrugged.

“She was 16 when we met. We chatted online for a couple weeks and then met in person. On her 18th birthday I drove to to pick her up and get married.”

I shrugged. “ is where girls like that live,” I said. I looked at him. “Did you consider the possibility that when you got to you’d find an FBI agent waiting for you?”

“Yeah,” said Marty. I played a few hands of video poker but he was quiet like anything he said could be used against him.

I blinked, but decided not to pursue it. “So what does she do all day when you’re out gambling?”

“Hangs out at home,” he said. “She’s not old enough to come into the casino.” He brightened. “Pretty soon I’m going to buy a sailboat and sail to .”

“There’s no gambling in ,” I said. “What are you going to do for a living?” He shrugged.

“Say,” said Marty, “How’d you like to meet my wife? We could have dinner!” I was in too far to stop now so I said I’d love to. I told him to meet me at the steakhouse at seven. I cashed out and went up to the suite to start writing.

At seven I came down to the steakhouse. I half-assumed they wouldn’t show but Marty was right on time. The vampire girl I expected to be all decked out in Goth but she surprised me by showing up in Gap instead. She was cute with shoulder-length blonde hair and a pink sweater that covered the kind of territory Lewis and would have abandoned their expedition to explore. I’ll call her Natasha. I sat opposite her with Marty in the middle. I ordered 2002 B.V. George Latour. Natasha didn’t get carded although, to be fair, she was almost 19 and looked it.

I told Natasha I expected her to be all Goth and she said she didn’t do that any more. She didn’t like being around all the negative attitudes. She just had the one piercing now, on her belly button. Did I want to see? Of course I did. She lifted her top to show a cute teenage navel with a stickpin through it. I don’t remember much about the stickpin.

“I am a vampire,” said Natasha.

“I thought you had to kill someone and suck their blood to be a vampire,” I said.

She scrunched her face. “No,” she said sweetly, “you just have to have a fantasy of sucking blood – or wanting your blood to be sucked.” She glanced knowingly at Marty.

“So you had ads posted on VampireFreaks that you wanted to suck each other’s blood?”

“Actually,” said Natasha, “he wanted to deflower a virgin and I wanted to be deflowered.” I ordered a bunch of appetizers to share and, true to Marty’s word, they both enjoyed the food and wine. “I still have my lesbian virginity,” she said. “I keep trying to meet someone online but the ones who want to meet me always turn out to be guys.” I nodded sympathetically.

Natasha suggested we go up to my suite after dinner so Marty could sober up. I figured the worst that could happen was they would kill me, suck my blood, and steal my PIN number, so I led them up. Marty asked for some water and I pointed to the $6 liter of Voss on the counter. He poured himself a glass. Natasha asked for one and he poured one for her too.

We sat on the sofa awhile. Marty was pretty quiet, probably thinking about his sailboat. Natasha took off her shoes and put her bare feet up on the coffee table. With the toenails painted red, I figured if she dangled those feet out a car window they were good for six or seven blocks of gridlock. I snapped a photo and her cheeks turned red to match her toenails but she didn’t move.

Natasha said it was close to her 19th birthday. Marty piped up. “Yeah, you’re gonna be too old for me.”

“You keep saying that,” said Natasha.

Natasha turned to me. “There ought to be some limit on how many times you can say something and have it still be a joke.” Marty was silent. I figured she still had a good six and a half years till she was half my age. 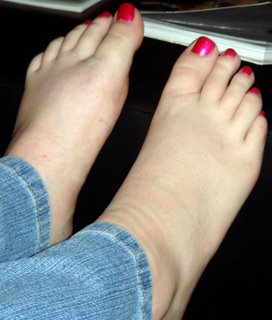 Marty excused himself to the T-room and I asked Natasha if she had career plans. “I want to be a wildlife photographer,” she said. “I’m worried about going to . There’s not much of the kind of wildlife I want to photograph there.” I didn’t get the whole thing. No gambling, no wildlife. It seemed like a pipe dream to me but maybe a pipe dream was better than the reality of this hell-hole called . “He said he was going to get me a camera for my birthday,” she said, “but I think he changed his mind.”

Marty returned and drank the last of the Voss water. At about the same time we all decided it was time to call it a night.

Before they left, Natasha gave me her Myspace address. I gave it 10-1 it wasn’t fake. “You know,” whispered Natasha, pausing at the door, “I don’t let just anyone take pictures of my feet.”

Posted by Richard Brodie at 9:34 AM

"...a pink sweater that covered the kind of territory Lewis and Clark would have abandoned their expedition to explore."

So do all the freaks hang out in Reno?

"I figured the worst that could happen was they would kill me, suck my blood, and steal my PIN number, so I led them up."

Good to know you can balance risk and reward. Just like a professional poker player.

Hey thanks for the read, I just stopped by for the first time and liked the humor about “ Marty”. That’s it, take care.

Ha HA! I live in Reno...this seems very typical of the wierd people who live/visit here!