The Ballad of Billy G. 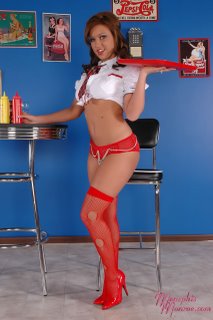 Billy wore a baseball cap, jeans, and a denim jacket with a small sewn-on patch of an eagle that wasn’t quite the Post Office bird or the one on the dollar bill. “What’s that eagle?” I asked. “It’s designer,” he said. “It’s from Guess.”

Billy had flown in from , where a friend of his had just been murdered, possibly by the psycho woman he had been shacking up with. Billy went down to the precinct to give them the lead but the detective, Billy said, wanted $5000 to move the case up towards the top of the list. “We got a lot of homicides here,” he said, “and only a few detectives.”

I told Billy I had just been playing at the with no luck and I was taking the evening off from gambling. “I don’t play at the any more,” Billy said. “I got robbed there.” He had a half-empty sitting in front of him but he hadn’t taken a sip the whole time and he didn’t now.

Yeah, said Billy. “I had tickets to the big fight. I was driving my daughter back to college in . Damn car broke down and by the time I got her back and got to the airport I missed my flight. 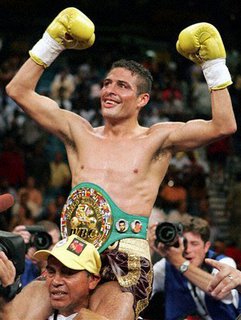 Took the next flight, got into Vegas, cabbed over to Thomas and Mack and got to my seat just in time to see them lift the winner up on their shoulders. I didn’t see one punch.” He looked at me for sympathy, which I gave him.

“So I took a cab to the , where I was staying, checked in, and had one drink at the bar.” He repeated, “One drink! Then I went to the men’s room. I left my drink on the bar.” He shook his head. “Well, you know how these pimps and hos work. They wait back there by the bar where you can’t see them. Then when you go to the bathroom they slip something in your drink. They wait 10 minutes, then they come up to you.” He lightly grabbed my left arm. “ ‘Come with me,’ they say. Richard, I don’t remember one thing. Not one single thing.”

“I slept for a full day. When I woke up, they had taken $4000 in cash and about $8000 in jewelry. But Richard, this drug—” Billy closed his eyes and opened them again. “When I woke up I saw a piece of paper on the floor with four numbers written on it. This drug—” He smiled and shook his head like you do when you wake up and find the team you had that hunch on won in a blowout but you never put down your bet.

“Of course, it was my PIN number. This drug makes you tell them anything and you don’t remember one thing. Not one thing.”

I tried to think of something to say but not one thing came.

Billy leaned back and smiled. “Anyway,” he said. “That’s why I don’t play at the . Hey, give me your cell number so we can hang out when we’re in town.”

I thought quick. “So did they charge anything before you canceled your cards?”

He smiled and nodded slowly. “Gas,” said Billy. “The fuckers charged eight tanks of gas, one right after the other, at the same gas station. Here, give me your phone, I’ll call mine and then we’ll both have each other’s numbers.” I didn’t see any way out of it.

Posted by Richard Brodie at 3:49 PM

This entry is publishable.

I actually know billy..... aka tommy gunn... High Roller! in Vegas, lives in the hotels and plays 500 a hand video poker. Cool Guy