A Heads-up for Human Poker Players 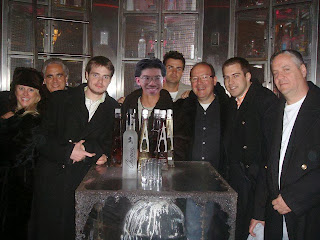 I had images of scientists rushing Einstein's dying brain to freezer storage, saving his wisdom for future generations who, they hoped, would have the technology to restore its function and make his incomparable intellect immortal.

I had invited many of the world's top heads-up limit hold 'em players to Red Square in Las Vegas for a drink in their famous ice room. Heads-up games are played almost exclusively online, since brick-and-mortar poker rooms rarely are willing to spare a dealer for just two players. So although I knew many of these guys' screen names and even human names, I'd never met most of them in person until now. (l to r: Heather, QsDaddy, TheComplainer, SallyWoo, RobLP, Quiet Lion, KPR16, pmv55) 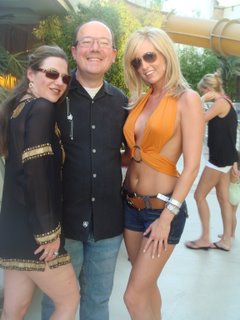 Red Square issued us all fur coats and let us do as many shots of Chopin as we wanted inside the freezer room with Lenin's head encased in a block of ice. We shivered enough to soak up the atmoshpere and then retired to the main lounge area.


Head's up limit hold 'em is my favorite game, mostly because you get to play almost every hand and you see a showdown almost half the time. This satisfies both my thirst for action and my curiosity.


It also is the favorite game of researchers at the University of Alberta, where they continue to improve Polaris, their poker-playing program. In fact, they've improved it to the point where it can hold its own against the very best players in the world. Last week it beat Matt "Hoss_TBF" Hawrilenko, considered by some to be the best in the world, over 500 hands. Now Hoss will be the first to tell you that 500 hands doesn't prove anything. But he said he was impressed by the bot's skill.

According to unconfirmed reports in various poker forums, Full Tilt Poker recently caught several accounts using bots, or artificial-intelligence programs, to play heads-up limit hold 'em on their site. Because it was a violation of the terms of service, they seized all their funds and distributed them to the victims. I have no official confirmation from Full Tilt, as they don't discuss the details of such cases for a variety of reasons. But I can't imagine the perpetrators won't modify their programs and try again on other sites. This is a real heads-up for human poker players. 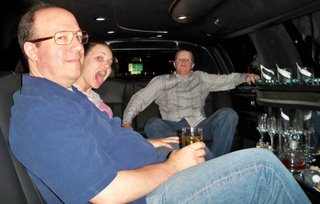 I entered a couple more World Series events but didn't cash. I decided to skip the main event in favor of enjoying summer in Las Vegas. I like hanging out by the pool and cruising the Strip in a limo more than spending 14 hours a day playing poker tournaments.


Can you blame me?

Posted by Richard Brodie at 2:09 PM

Concerning the Full Tilt Poker Bots: I understand they were detected based largely on their consistent play statistics and were therefore suspected of being non-human. Their lack of ever playing against each other and a few other indications, particularly timing of decisions showed their 'bot-like' activity. So it would seem that a simple routine of adding in some hesitancy and variation in response times would help to conceal the bot. I wonder if a player who was unknowingly pitted against a bot would really feel cheated? Would it be that much different than being pitted against a more skillful human player?

Atleast this is not some sort of hole-card cheating scandal such as at Absolute Poker.

NOTE: Congratulations on picking up those good looking girls depicted in that limosine!

that blonde chick is smoking!

With all these sudden revelations of cheating at well-known poker sites, I wonder if the hole-card knowledge was exploited by live players or by bots. I would think a bot most likely.
Anyway, it seems that if some young kid in Australia can clearly demonstrate the cheating as having taken place that those more closely associated with the sites can not validly claim ignorance.

Sounds like a fun time! HU limit holdem is my favorite game as well, and I have never played a live hand in my life!